Global Texas ~ The eyes of the World are upon You
March 6, 2014 ~ GEORGE W. BUSH PRESIDENTIAL CENTER, Dallas, Texas

The TEC is delighted to announce that Consul Cao and Consul Weikai will be the representatives for the People’s Republic of China and the Chinese Consulate in Houston. This is an enormous honour for us in the industry and the TEC that they will join us in attending the Symposium and Reception.
They will be joining their equally highly regarded and distinguished diplomatic core colleagues; the Canadian Ambassador Gary Doer, Canadian Consul General Paula Caldwell St Onge , Mexican Consul General José Octavio Tripp Villanueva, and Mexican Deputy Consul Victor Arriaga Weiss.

You can still watch the panels or read the Symposium Report.

10:00 am – Symposium Welcome and Opening Address

11:20 am – Texas and the North American Energy Region

His Excellency, Gary Doer, Canadian Ambassador to the United States 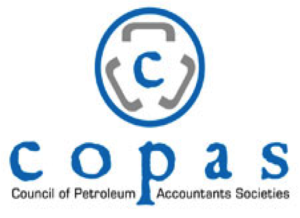 Due to a critical lack of parking space ALL attendees must use either the Valet service provided, or park at Mockingbird Station and take the Shuttle buses to the Bush Center. Parking in the small Bush Library Parking lot is expressly not permitted.  The Valet services will bring Reception attendees’ vehicles to this lot after 6 pm for faster access.
COFFEE AND TEA AVAILABLE OUTSIDE OF AUDITORIUM THROUGHOUT SYMPOSIUM
Note: AAPL is giving Landmen 5.5 credit hrs and COPAS is giving CPA’s 4.0 credit hrs for attendance.

What knowledge, do you as a sophisticated professional and entity in the Texas Oil & Gas Industry, from upstream to downstream and as a voter of public policies, need to know as Texas E&P’s and Midstreams are increasingly both foreign investor and invested? ~What consequences and opportunities are out there for Texas and for the O&G industry, as an imminent international exporter of LNG and straight Natural Gas?~How do you start to network with foreign sources of capital or opportunities?

~How do foreign entities network with you: the same people and resources Texans know and utilize to ‘get things done’ and ‘make things happen’?

~What do foreign investors seek from Texas? Hint: More than the JVP & MLP.  It’s technology and skill sets.

~As Texas develops a more direct effect upon global markets, geo-politics, our own US national and regional energy security, what do you know to plan for, and respond to?

~How to generate positive opportunities with our new foreign E&P industry partners and markets?

~Where are Texas companies, both large and quite small, operating outside the USA and what is the attraction for them?

~What makes Texas such a relatively ideal environment for foreign capital to invest in, when other states may have larger potential reserves in place?

Once LNG  starts to ship out from Texas ports to end users in SE Asia or Europe, and when the pipelines into Mexico are turned on, the points of separation between a pumper near Midland, to very soon, a car manufacturing plant worker in Monterrey, will be fewer tha’n Kevin Bacon’s 6′, in many cases, only 1!

Knowing is an individual, professional and industry responsibility. Yours and our industry’s reality and future to own …and own well!