Throughout its history, the oil and gas community has been a vital part of our National Security during peacetime and while at war.  It has been said that the East Texas Field alone produced more oil during World War II than did all of Germany.  In addition to supporting our nation through the development and production of vital domestic energy resources, generations of this patriotic community have and/or are currently are serving in our nation’s armed forces.  There are many such individuals; the 2014 TEC Color Guard is comprised of some of the local oil and gas community members who also served our nation in the armed forces during the period from World War II through the Global War on Terror.

While on carrier escort duty in the Pacific, the U.S.S. Massey successfully defended herself against nine Kamikaze attacks in the vicinity of Okinawa.

U.S. Army
Korean War and beyond,
1954 through 1967
Enlisted Infantry, obtaining rank of Sergeant.

As part of a Force XXI unit, Don developed new tactics and techniques for employing modernized artillery pieces.  The units he lead were repeatedly recognized as best of the best and some of his work was forwarded on to the Field Artillery School at Fort Sill Oklahoma. 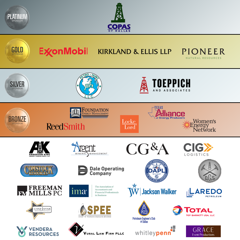